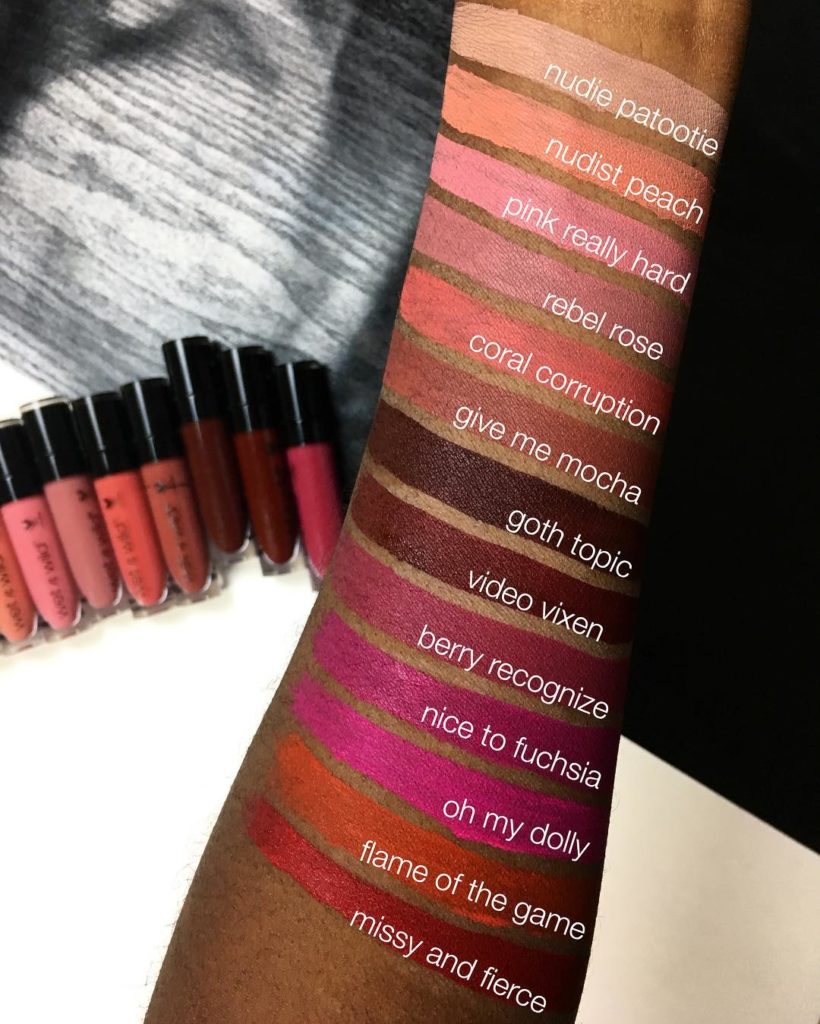 Many makeup companies do not use models with dark complexions in their beauty advertisements and campaigns. This can make it very hard for darker-skinned women to know what will look good on their complexion. Most importantly, it can really damage a women’s self-esteem (especially younger women) to not see themselves represented in the beauty industry. However, Ofunne Amaka has changed the game with an amazing beauty app called Cocoa Swatches. Cocoa Swatches’ users can search various beauty products to see how they look in various shades of brown and deeper skin tones.  The app even rates the products and features a discussion board for women of color to speak openly and honestly about their thoughts on the beauty industry.

DFN: How would you describe your style?

Amaka: I have a minimal style that is sexy but chic.

DFN: How would you describe Cocoa Swatches?

Amaka: Cocoa Swatches is an empowering tool to help makeup lovers with underrepresented complexions find the makeup products that will work for them.

DFN: What was your background before you opened Cocoa Swatches?

Amaka: I was working in the Communications department of a tech start-up in California. Eventually, I left that job to pursue my Masters in Communications at Columbia University in New York City. I was completing a number of fashion and beauty internships during my time at Columbia.

DFN: What was the hardest part about launching Cocoa Swatches?

Amaka: Probably trying to manage everything on my own and entering into the industry with something people are not familiar with. Not many people have their own apps, so it has been an interesting experience trying to introduce the idea.

DFN: Where do you see yourself and Cocoa Swatches the next five years?

Amaka:  I think Cocoa Swatches will continue to grow. I also believe that I will be able to expand the brand and promise and offer other tools to help empower underrepresented makeup lovers.

DFN: What do you love the most about Cocoa Swatches?

Amaka:  I love that it is able to help people and give them joy. Makeup is supposed to be fun but it’s not fun if you can’t get the right tools. So, I love that Cocoa Swatches can give people the tools they need.

DFN: What made you want to launch Cocoa Swatches?

Amaka:   After a number of disappointing makeup purchases, I wanted to create a resource that would help people make informed makeup purchasing decisions.

DFN: How did you get started launching Cocoa Swatches?

Amaka: I started off by trying to bring the idea to life through Instagram.

DFN: What feedback have you gotten from your customers?

Amaka: As I mentioned, many people love Cocoa Swatches because it helps them find what they need and indulge in the fun of makeup. There has been such a positive response.

DFN: What advice would you give to future entrepreneurs?

Amaka: I would tell them to stay focused. Also, make sure you pursue opportunities that make sense for your brand. Finally, try new things so you can iterate, improve, and expand as efficiently as possible.

DFN: How did you come up with the name Cocoa Swatches?

Amaka: I knew I wanted “Swatches” in the name and “Cocoa” is kind of a euphemism for brown, like brown skin.

DFN: Did you ever expect for Cocoa Swatches to become as big as it has?

Amaka: No because it kind of started off as a social experiment for me.  However, it has expanded more than I could ever imagine.

DFN: Why do you think that the beauty industry does not cater to darker skin tones as much as they should?

Amaka: The standard of beauty has been white for so long that many brands do not feel the need to cater to darker skin tones. When our society values darker complexions, the brands will also follow suit.

Photos of Models: Property of Ofunne Amaka and Cocoa Swatches